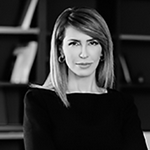 Majlinda Bregu took office as the Secretary General of the Regional Cooperation Council on 1 January 2019. She graduated and obtained a Master’s degree in Social and Political Science from the Faculty of Social Sciences, University of Tirana. In 2005 she was awarded a PhD in Sociology from the University of Urbino, Italy. From March 2007 to September 2013, she served as Minister of European Integration, National IPA Coordinator and the Government Spokesperson. During 2013 – 2017, Mrs. Bregu chaired the European Integration Committee of the Albanian Parliament. From 2015-2017 she also chaired the National Council for European Integration. 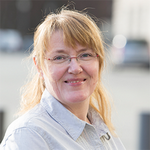 Karen Hanghøj is the CEO at EIT RawMaterials, a partner organization dedicated to strengthening Europe’s raw materials sector responsibly and sustainably. Karen holds a PhD in Geology from University of Copenhagen. She has spent more than ten years working in the US as a Research Associate at Woods Hole Oceanographic Institution and as a Research Scientist at Columbia University and has furthermore worked as a consultant to the minerals exploration industry for more than 20 years. Before joining EIT Karen was head of Department of Petrology and Economic Geology at the Geological Survey for Denmark and Greenland (GEUS). 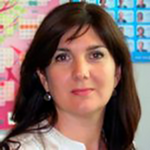 Magda de Carli, is an economist with a Master’s degree in European Economics and Public Affairs. With almost 20 years’ experience in the field of Innovation, SMEs and Regional matters both at national and international level, she is currently Head of the Unit ‘Spreading Excellence and Widening Participation’ in DG RTD in charge of developing strategies to foster synergies between Horizon 2020 and European Structural and Investment Funds and for the Widening actions in H2020 contributing to closing the innovation divide. Before joining the unit in 2014, Magda was Deputy Head of the Unit in charge of R&D policies for SMEs. 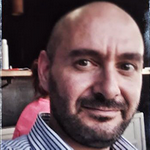 Mr. Alessandro Fazio started his career in investment banking with Deutsche Bank and then Merrill Lynch. Between 2004 and 2011 Alessandro spent a number of years working in the early stage investment sector and was exposed to a wide variety of technologies and industry. Alessandro has keen interest in the technology transfer and in how to support the growth and expansion of innovation ecosystems using a holistic approach covering capacity building, financing and infrastructure investment. Alessandro joined the European Commission in 2011 and currently acts as head of the Joint Research Centre's Competence Centre on Technology Transfer. 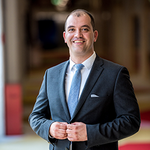 Frane Sesnic is the CEO of the Zagreb Innovation Centre – a company founded and owned by the City of Zagreb, founder and president of the Zagreb Forum international conference, initiator of the first public accelerator programme in Croatia, and one of the initiators of the creation of innovative entrepreneurial ecosystem in Zagreb and Croatia. Frane is passionate about entrepreneurial incentives and a prominent advocate for the development of innovative science, technology and business infrastructure. 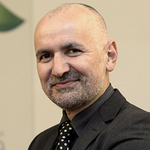 Prof. Dr. Vladimir Crnojević is director of BioSense Institute – R&D institute for information technologies in Biosystems, recently ranked as No.1 European Center of Excellence within H2020 Teaming program. He obtained Ph.D. in image processing from University of Novi Sad in 2004. Dr. Crnojevic has published more than 50 papers in renowned journals and conferences, and acts as a reviewer for some of the most eminent journals in the field. He is a member of the National scientific board for Electronics, Communications and Information Technology.

Ms. Verena Tayor, Director of the Office of the Directorate General of Programmes, Council of Europe 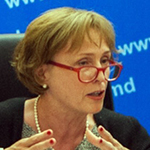 Verena holds a PhD in political science and, after working with civil society/NGOs in Vienna and London, joined the Council of Europe in 1989 when the Organisation expanded rapidly, both with regard to member States and to new standards. She is responsible for the programming, resource mobilisation and decentralised implementation of/for Council of Europe cooperation and technical assistance.  She strongly believes that the Organisation’s standards and policies on human rights, the rule of law and participation are as relevant today as they were when the Council of Europe was founded in 1949. 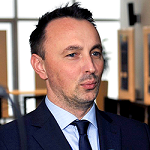 Lucian Brujan is Senior Scientific Officer for International Affairs at the German National Academy of Sciences Leopoldina. Since 2015, he has also been leading the secretariat of the Berlin Process Joint Science Conference. Lucian has over 13 years of experience in international cooperation, science diplomacy, R&I policy and science-based advice. He worked at the University of Tübingen, as lecturer in Geospatial Science with focus on Europe and Eurasia (2005-2012) and Director of International Affairs and Communication (2010-2012). In 2003, he graduated in Geography and German Studies, studying at the University of Tübingen and the West University of Timișoara. 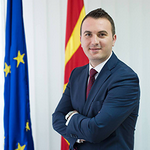 From December 2017 to May 2018 he was the Deputy Minister of Education and Science. Prior to his duties at the Ministry, he was an assistant professor at the Faculty of Law at the University of Tetovo. Arber Ademi was Deputy Prime Minister of the Republic of Macedonia for European Affairs (2016-2017). He has participated in numerous scientific conferences in the country and abroad, and as an author he has signed a number of scientific articles and publications in the sphere of law, international trade arbitration law, commercial law, contract law, intellectual property law, private international law, international public law.

Mr. Bytyqi Shyqiri, Minister of Education, Science and Technology (to be confirmed) 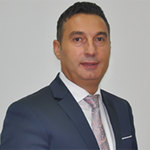 Shyqiri Bytyqi graduated at the Economic Faculty of the University of Prishtina in 1996. He was a Tax Advisor for the prestigious international company in the auditing area "KPMG", World Bank Advisor for "Doing Business", advisor to the American Chamber of Commerce, leader of the Tax Committee of the Association of Accountants and Auditors of Kosova, member of the Audit Committee of the Economic Bank, as well as the managing partner of "Vala Consulting". His professional experience has made him to be appointed as member in many governmental WGs, by giving great contribution especially in compilation and tax legislation review. 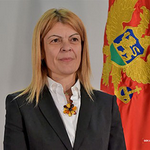 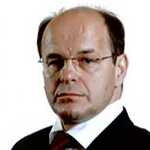 Adil Osmanovic studied at the Faculty of Philosophy, the Department of Oriental Studies, and then earned a master’s degree in political science after the postgraduate studies at the Faculty of Political Sciences in Sarajevo. He was a parliament member in the National Assembly of the Republic of Srpska from 2000 to 2002, and the Vice President of the Republic of Srpska in two terms. He was the Minister of Displaced Persons and Refugees of the Federation of Bosnia and Herzegovina in the period 2011-2015. He is appointed as the Minister of Civil Affairs of Bosnia and Herzegovina in April 2015. 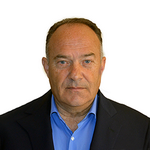 The overall professional engagement of Minister Sarcevic is related to the field of education. He completed postgraduate studies at the Department of Environmental Protection, at the Centre for Multidisciplinary Studies of Belgrade University. At the age of 33, he became director of the Nikola Tesla elementary school in Belgrade. As the director of the Grammar School and then as the general manager of the Rudjer Boskovic Educational System, he engaged in the introduction and establishment of high standards in the primary and secondary education. He was awarded the Gold Plaque of the Red Cross and the Council of Technology and Science Award. 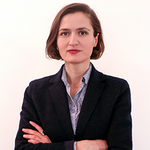 Nenad Čelarević
Nenad Celarevic  is a political scientist specialising in international relations and science diplomacy and a human rights activist. He started his activism in people’s movement “Otpor” in 2000, at the beginning of democratic transition in Serbia. Since then, he has started and implemented various initiatives that contribute to the reconciliation and better understanding in the Balkans, to the establishment of democratic institutions and to the protection of human rights and minority rights. He has worked as Deputy Manager in Helvetas Swiss Intercooperation on regional Western Balkan project PERFORM on improving the research capacities in the social sciences and humanities.
Christoph Schaefer

Christoph Schaefer graduated at the University of Aachen in 1994, where he also obtained his PhD in 1999. He is an experimental particle physicist. Most of his scientific work was related to the study of electron-positron collisions, development of experimental techniques, as well as construction and operating large detector systems. In 1999 he became a fellow at CERN in Geneva/Switzerland working for the operation of the L3 experiment at the Large Electron Positron Collider (LEP) and later for the construction and operation of the CMS experiment at the Large Hadron Collider (LHC). Since 2003 he is a staff member of CERN. In 2014 he left the CMS collaboration and joined the CERN international relations office, acting as a senior adviser. Since 2016 he is appointed visiting professor at Vilnius University.